The documentary photographs featured on this website are all by Russell Lee (1903–1986). A self-taught photographer, Lee joined the U.S. Farm Security Administration (FSA) in 1936, followed my many more decades of pictorial assignments and teaching.

The FSA compiled a now legendary trove of photographs from the 1930s and early 1940s that documented American life and the impact of the Great Depression. FSA photographers included Walker Evans, Dorothea Lange, Gordon Parks, and many others as well as Lee, their work federally funded as part of a national effort to get the country back on its feet.

A number of Dustbowl images by Lange and other FSA photographers have become iconic. But I’ve always appreciated Lee’s documentary work for its quiet observation and stark beauty. His travels took in dusty farmlands, urban streets, rodeo performers, Japanese Americans being evacuated to internment camps. Some people look quietly meditative; others laugh or stare right back at the camera—all caught on film in ways that rarely feel staged.

For more information, see The Photographs of Russell Lee (with an introduction by Nicholas Lemann), part of the “Fields of Vision” series published by the Library of Congress (2008).

“Lee was simply not comfortable as a photographer showing his subjects as victims or as people who had been defeated by larger malign social forces. They always seem to have hope….”

—Nicholas Lemann, from his introduction to The Photographs of Russell Lee 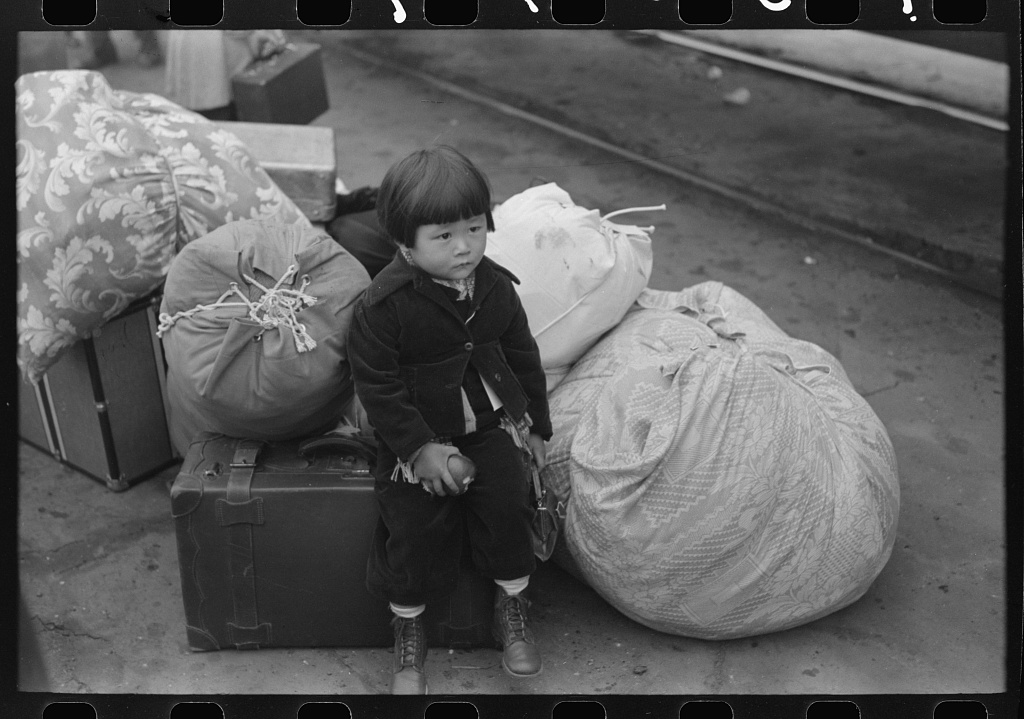 Los Angeles, California. Japanese-American child who is being evacuated with his parents to Owens Valley
(April 1942) by Russell Lee 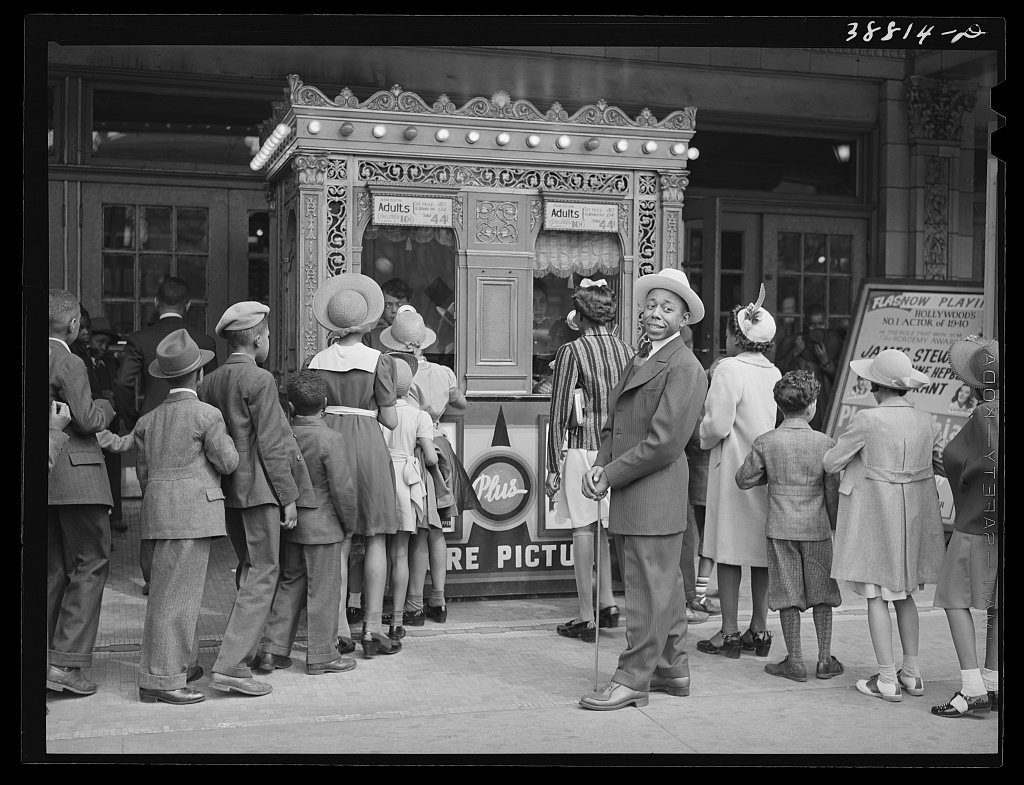 In front of the movie theater, Chicago Illinois
(April 1941) by Russell Lee 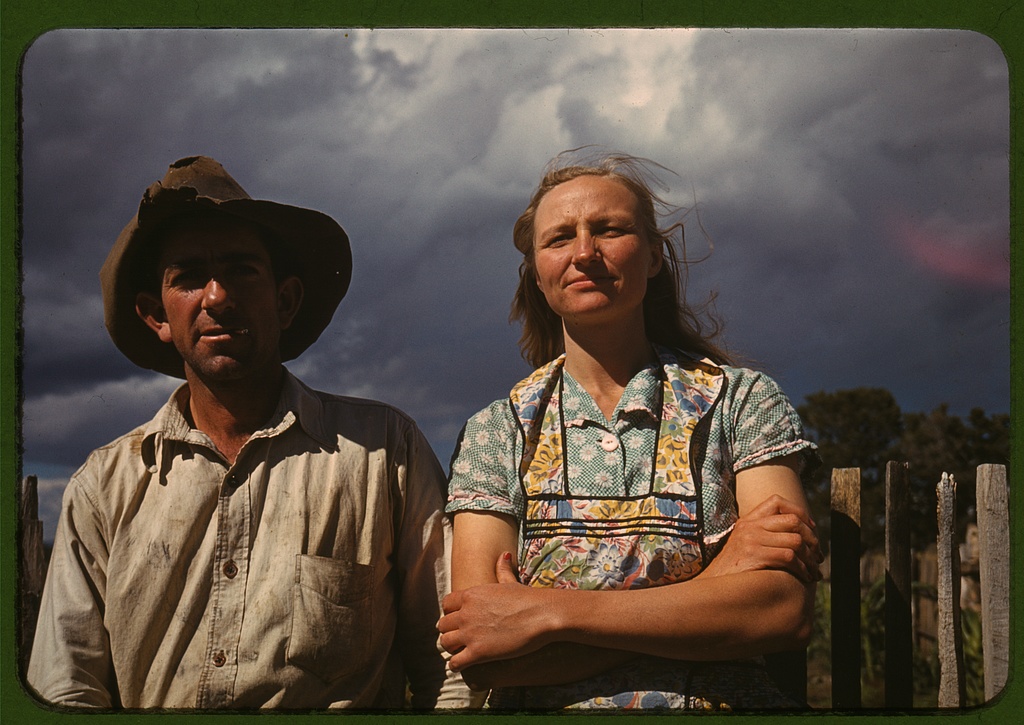 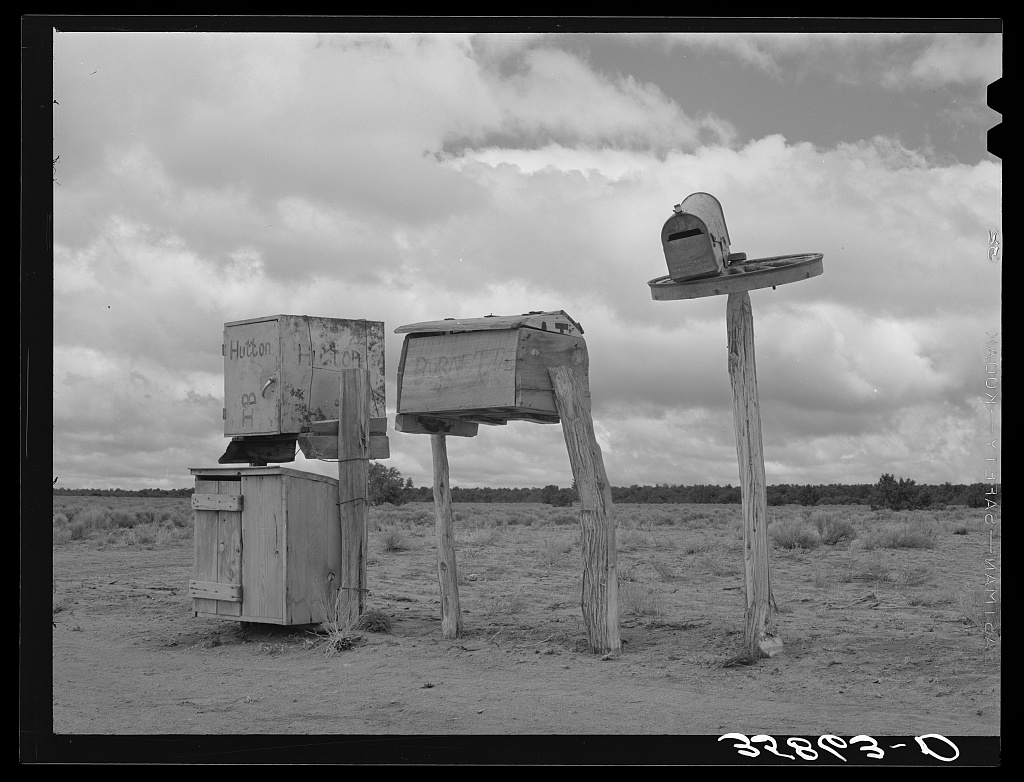