First-person journalism isn’t my first love as a writer, but it’s become my soul mate. It matches the urgency I feel about documenting the world and addressing bias in nonfiction writing. It’s now the focus of my writing and teaching life.

That’s the short answer. But I was made to be a contrarian. In the early 1970s, as a girl in Hayward, California, I remember scribbling down my “secret” opinions in a notebook from Woolworth’s. I didn’t just skulk around observing adults and kids like Harriet the Spy—I wanted to read their minds. Even then, I knew that what people said out loud often hid what they really thought.

As I grew older, I became a feminist, a young white woman from a Bay Area working-class suburb whose ideas got more feverish and privileged once I arrived at Reed College in Oregon. Lots of firsts there: granola, backpacking, sprouted wheat, solar eclipses. I still loved science fiction and fantasy, books with a male perspective like The Lord of the Rings. But—and I would have proclaimed this proudly then—I wanted to find my own Ring of Power.

It took me awhile to figure out what that power would be. For decades, I’ve worked in the publishing industry as a book and magazine editor, writer, journalist, and blogger. In 2010, I co-founded the nonprofit literary site Talking Writing, and I’ve been teaching journalism courses at Harvard University since 2008.

I love both fiction and nonfiction, but I also love a media world that readers can believe in. That world is gone now, surrounded as we are by digital fakery and misinformation. It’s why I’m devoted to first-person journalism, which connects personal stories with a rigorous approach to the facts. It’s why we all—readers, writers, journalists, photographers, filmmakers, podcasters, artists of all kinds—need to embrace true stories that really are true. 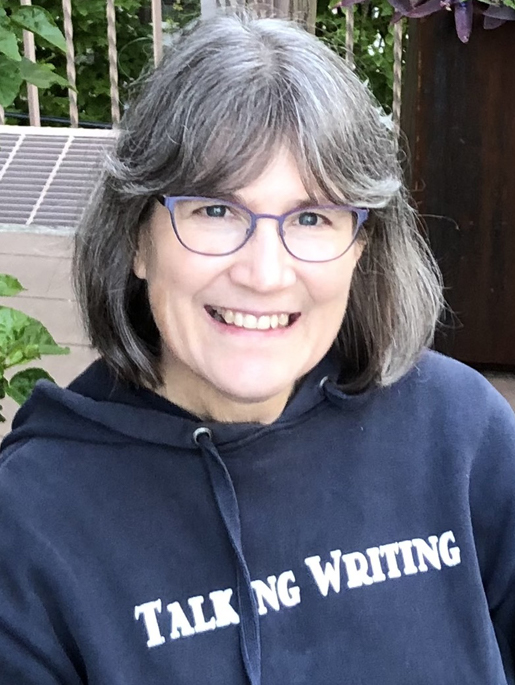 Nobody trusts digital information anymore—but with my first-person journalism techniques, you’ll learn how to tell true stories that readers believe.

I’m developing several online lessons to get you started and to keep you writing. If you’re interested in the lessons or more discussion, sign up here.

Martha Nichols is the author of First-Person Journalism: A Guide to Writing Personal Nonfiction with Real Impact (Routledge, 2022). Much of her writing and editorial energy since 2010 has been devoted to running Talking Writing, a digital literary magazine and nonprofit organization, along with her teaching at Harvard University Extension School. She edited and contributed to the first Talking Writing Books anthology—Into Sanity: Essays About Mental Health, Mental Illness, and Living in Between—which was published in 2019.

Martha got her editorial start in book publishing, then shifted to magazine journalism in the early 1990s, working as an associate editor at Harvard Business Review and Women’s Review of Books. Her work has appeared in HBR, WRB, Utne Reader, Christian Science Monitor, Salon, and Brain, Child magazine, among many other journals. She has also been a reporter for Youth Today, a national newspaper on youth services.

Martha received her bachelor’s degree in psychology from Reed College (1980) and a master’s degree in creative writing from San Francisco State University (1985). A writing workshop that she led during the mid-1980s in San Francisco is the subject of Until We Are Strong Together: Women Writers in the Tenderloin by Caroline Heller (Teachers College Press, 1997), which examines nontraditional teaching techniques in community settings.