1. Throat-clearing
This is an opening paragraph or more that can be cut as clutter. It’s the equivalent of people clearing their throats before getting to what they really want to say. Throat-clearing is common in first drafts, because the way the story first emerges as you’re writing it is rarely the best way to tell it to a reader.

2. Bowtie endings
Far too many writers slap on a conclusion that’s too neat, as if tied up with a bow. Just as the opening paragraph (or more) of a first draft can often be cut, the last paragraph can be cut, too, especially if it amounts to…

3. Generic advice
Be wary of “the lesson I learned” or life hacks for how to do better next time. There’s a place for advice, but in a personal narrative, tacking on a “what I learned” paragraph at the end usually undercuts the story itself.

4. Chatty chat
These are the self-referential asides that dominate social media. You report on what you see out the window or ate at a restaurant last night; you make snide remarks. This can work fine in conversation (or tweets), but too much chatty chat is distracting.

5. Missing orienting details
Who are you? Where is this happening? What’s the date? Basics such as the specific location, the date, and at least a hint about the writer’s identity are orienting details. You don’t have to include every who, what, where, when detail in a short piece, but readers usually need some orienting details to hook them. For example, “I went downtown” implies a city—but where is the city? Are you talking about New York or Topeka? Big difference.

6. Vague timing for your “I”
How long ago did an event take place? If you’re telling a story about something that happened in the past, readers need to know the vantage point you’re remembering it from. If an event took place ten years ago, your “I” is looking back at a different period in your life. What you felt at the time may not match what you feel now.

7. Compressed story arc
That’s when the story doesn’t begin until the end, with few words spent on the action itself. If there’s a complete story arc, there’s a clear beginning, middle, and end. But even if you have an arc, it might need reshaping in order to focus the story on action and consequences rather than on a lengthy setup.

8. Long paragraphs
Big blocks of text are hard to read. Really. Break long paragraphs into shorter chunks rather than jamming all the action into one. Even with the best print stories, eyes glaze when faced with long paragraphs. 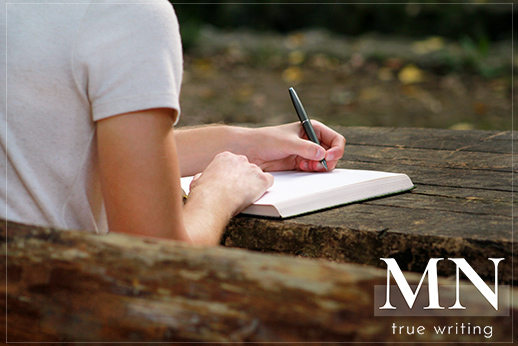 9. Sloppy dialogue
Readers like to hear what people say, but writers often stick in direct quotes for the wrong reasons or format dialogue incorrectly. Dialogue is a great way to heighten a story, but its role in nonfiction is to establish character quirks or to help dramatize a situation. Don’t use dialogue to explain what happened.

Also, while there’s some license in reconstructing direct dialogue in a personal narrative, you shouldn’t make it up entirely. Otherwise, you’re writing fiction.

Regarding format, avoid synonyms for “said” such as “insisted or “whined.” And put the words and actions of each speaker into separate paragraphs:

“Let’s roll,” Janie said. “Are you ready to roll?”
I frowned. “Roll where?”
“Anywhere your heart desires.” She grinned.

10. Exclamation points
Avoid them, especially in articles or reports. Yes, we’re living in a social-media world of emojis and text-speak, where a simple period may feel unfriendly. I rarely use a period in a text message. But the informal style of texting often seems awkward or false in professional publications, as if a writer is trying too hard to connect with readers.

Exclamation points can work in dialogue—I could have gone with “Let’s roll!” in the example above—but even in dialogue, use them sparingly. If every line you write sounds like a feverish exclamation, readers will tune out, missing the real emotional impact of a story.

In writing of all sorts, substance is what matters—clear explanations, credible facts, engaging and specific personal stories. No amount of !!!! can make up for a lack of content. Seriously <wink>.

I’m developing several online lessons to get you started and to keep you writing. If you’re interested in the lessons or more discussion, subscribe here.